My highly anticipated (by me) date finally arrived. It was time to make my way to the VA and have my lab work done. It had been six weeks since I began this culinary journey into the depths of plant-based eating.

To recap, initially I was going to try this for four weeks and see how it looked; however, my doctor informed me that she really needed six weeks to see the difference in my labs.

During this period I did not cheat a single time – although I did unintentionally have a few bites of a meal with egg in it. Once it was noticed, I was done.

As far as cravings – very minimal.

Detox – nothing that I can point to.

Results – well, I wish I had better news to report, but let me explain.

Having had the detailed discussion with my doctor about my lifestyle change, I was very curious to see all of my lab results. Glucose, Cholesterol, Calcium, B12…I really wanted to see the effects.

Unfortunately, all of those labs weren’t ordered. So I have nothing to report about my cholesterol…yet. I go back in two months for a complete set.

So, first off, weight loss. According to my weight at the VA I have lost a little over nine pounds! Additionally, I have lost an inch across my waist.

Glucose – my readings were consistently in the 300’s prior to starting. Yeah – that’s not good. That’s major diabetes.  I am now in the 110’s – 130’s. Still diabetic, but a huge difference in only six weeks.

Both calcium and B12 are in the normal ranges.

I specifically chose NOT to take any supplements during this period as I wanted to see the effects of the diet alone, so that was a welcome result.

A few other changes – my resting heart rate has gone from the mid 90’s to the mid 70’s.

Last week I was noticing my energy level dropping though. So I have started taking a multi-vitamin with B12 to help with that. I don’t know if it really starts working right away or if it’s in my mind, but I do already feel better this week.

So, I consider everything a success so far. I go back on December 8 for more labs and will see how I’m progressing and decide if this is what I plan on sticking with.

Thanks for the words of encouragement that I have received and questions you have asked. Please feel free to continue.

Three weeks of vegan eating – five words that I never imagined I would say in that order. But, here I am!

My body didn’t eat all it’s muscles because of all that protein people said I wouldn’t get.

To recap – After watching the Netflix documentary What the Health we decided to try a vegan lifestyle for four weeks. The timing was perfect because I was scheduled to have my blood labs done, and I already knew that my cholesterol, among other labs were not going to be good.

After explaining to my doctor my dietary plan, she informed me that she felt I needed to go at least six weeks to see relevant changes in my blood, so that moved the burgers from my lips out another two weeks if I didn’t like what was going on.

Initially I imagined this blog post being the pro’s and con’s to date; however, I am surprised (and happy) to note that I don’t currently have any con’s!

Has it been tough not having animal based foods?

Ok…so we have to be more detailed when shopping. But is that really so bad? I mean, I was pretty detailed when picking out the best ribeye.

I almost did have an accident on the very first morning though. I was in a two day meeting and someone brought in two dozen Krispy Kreme donuts. Without even thinking I started to grab one before I remembered what I had embarked on.

As far as cravings go, extremely minimal. Perhaps my biggest surprise so far.

Look, I’ve done just about every diet out there, and usually a few hours in I’m craving everything I’m not supposed to have. But that hasn’t been the case. Yes, when I drive by Wendy’s I remember how good a cheeseburger from there would taste, but I haven’t had ANY urge to cave.

This past weekend we were at a child’s birthday party. They had a ton of Chick-Fil-A nuggets. That was the closest I’ve been to really wanting a meat product. Instead I ate a couple servings of mixed fruit.

I’m not going to be able to say that I’ve gone the entire time without animal though. After the birthday party we stopped at a Thai restaurant for dinner. We carefully explained our dietary needs to the server, who seemed to clearly understand us. (I even tried Tofu again…meh.)

After I was about half way through my Pad Thai, Turtle noticed that I had egg in my meal. I ate a couple more bites, pushing the egg aside before mentally starting to feel nauseous.

As far as weight loss, I’ve been all over the map. I’ve gone up two pounds from my starting weight, and down two pounds. Nothing absolute to report.

But…I have lost an inch around my waist already, so that’s awesome!

I haven’t noticed any of the detox symptoms others have mentioned. So that’s definitely another “pro” in my book.

A couple products that we have used that we both enjoy: 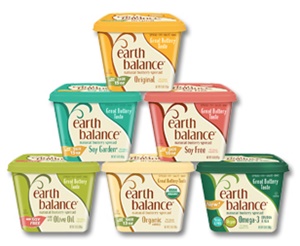 Also – this recipe for slow cooker chili was delish! But to be honest, everything we have cooked is something we will continue to eat regardless if we maintain our vegan lifestyle or not.

So, halfway to my next labs…so far so good!

Please send me your comments or words of support as my journey continues!

I love me some meats.

I would not be unusual to start off the day with a chicken fried steak (with gravy of course) and three eggs. Follow that up with a massive cheeseburger for lunch and then grill a nice fatty 16 ounce rib eye for dinner. A big bowl of ice cream as a dessert chaser.

Yesterday I became a vegan.

Yes, THAT vegan. The type of vegan that has a bunch of memes like:

a person who does not eat or use animal products.

using or containing no animal products:

So no more meat, dairy, honey…anything that comes from something with a face, I think.

I suppose the question I’ve gotten the most from people is, “Why?”

First off, we watched that Netflix documentary What the Health. If you have seen it you were probably as disturbed as I was. Sure, there were things that were definitely…umm…a little over the top and overacted. There have also been plenty of articles debunking some of what was presented.

Regardless, what it did do was open my mind to doing my own research on the health benefits of a plant-based culinary lifestyle.

Based on the menu of my lifestyle I mentioned earlier, it should be clear that I am not healthy. The timing was perfect since I had to go to the VA and have some new labs tested, so I figured I could try this for four weeks and see if there was a difference. Four weeks should be manageable, right?

The first thing my physician said was four weeks wasn’t going to be enough time to see a difference in my lab results, so now I had to try this 180 degree food change for six weeks.

When my lab results were back, I’m a mess. Super high cholesterol and sugar. High risk for every side effect you see on those late night commercials.

Except for having an erection that lasts for more than four hours.

So, the path has been set. For at least the next six weeks it’s all plant-based foods.

I’ll post some of the recipes we make and some of the vegan products that I found to be enjoyable. I will also talk about the detox (if I have it), and how I’m feeling, including weight loss and other side effects I have.

I’ll also be sure to respond to any questions that get sent my way about how I’m doing, so don’t be shy about commenting.

I hope to post each week, maybe more, maybe less.

How’s that for commitment?

Carrots Don't Scream When You Boil Them

A blog for vegans, vegetarians, and meat-eaters alike!

Tales From An Introvert

The Life and Times of ME

A blog to feel not so alone

Add a pinch of bipolar

Join me on the roller coaster ride that is, bipolar disorder

i dare you to discover me.

finding my way home to me

my life - growing up and literary adventures

life as a wife

Two introverts just trying to get by in a world that expects extroversion from everyone.

saving the best for now

Be Inspired and Learn through Visual Stories

Stressrelief by rambling on.

“Contrariwise,' continued Tweedledee, 'if it was so, it might be; and if it were so, it would be; but as it isn't, it ain't. That's logic.” ― Lewis Carroll, Alice's Adventures in Wonderland & Through the Looking-Glass

A strange man once told me that writing was silly, but I should do it anyways. So I did.

Eight writers in four states and on three continents talking about what it takes to make a great story.

Life is short but the world is wide.

No, There's Nothing Wrong With Me. I'm Just an Introvert

tell your stories, love your life

A Girl With Something To Say

The ramblings of an inquisitive soul...

Random Musings of a Crazy Woman
Writing to Understand Life

Feelings of a Female Human

The world is indifferent to me, I stay different from the world.

Welcome to the Freight Train

lindztheging
Shining Through The Telescope

Pay attention. Be astonished. Tell about it.

Fat, Broke, but not Stupid!

I looked up one day found I was Fat and Broke! How in the world did this happen?!? Im not stupid!

Spreading Happiness, Fun and hopefully a little bit of Peace!!