I’ve been gone for a while.

Pressure kept building while I did my best to ignore it.

Then someone took a tiny crowbar and entered my heart. Suddenly there was light on the horizon instead of the dark clouds that consumed me so intensely. Happiness once again warmed my skin. Love filled my pores. I realized I still had some purpose.

Sitting in the airport yesterday, she challenged me on something I said. She always challenges me.

I told her that she makes me want to be better. But did I really know what that meant? I said that I want to have the life where I can make someone else happy.

She challenged me. “So for you, being better means making the people you love happy?”

At first I thought a simple, “Yes” was the answer. But I was boarding the plane and had a few minutes to think about it.

At what point does making someone “happy” destroy a relationship? Does it involve avoiding an argument just to make someone happy? Is it conceding just to avoid conversation? Is it the irrational belief that just by saying the right things everything will turn around and be ok?

Maybe I thought so. I’m not sure.

I would be challenged on that statement too.

Getting to my seat on the plane, I understood that’s not happiness.

I’m happy when I can make someone happy, but not because I am looking for the things that make that person happy. I want happiness to be natural.

Maybe I can overcome my struggles.

Not just hope that I can “fix” something…hope that I don’t need to try to use happiness to fix the unfixable.

Cooking is extremely calming for me. My grandmother basically taught me how to cook old German recipes that I still make today for my family. There is something about looking at a recipe and making something out of just a bunch of ingredients.

In full disclosure, I’m not a great cook. I follow the recipe to the T. I make good food because I’m not smart enough to deviate from something that works.

My wife (the Hippy) has a culinary degree. My degree is in Organizational Communications. Our joke, ok…my joke, is that I do all the cooking and she does all the talking.

That’s not entirely true. The joke is actually, “I do all the cooking and she won’t shut up.”

I also do most of the laughing at that joke. She begins her eye roll before I even start the joke since I’ve said it so many times she knows it’s coming.

But what started out as a joke (a damn funny one if I do say so myself) has blossomed in my mind as something tied into me being an introvert and her being an extreme extrovert.

I follow the recipe. I write it down in a notebook and guard that book with my life. I lay out everything in the proper order according to the recipe and won’t deviate. It’s calming. I don’t have to think, but I know that I am creating something the family enjoys.

The Hippy hates recipes. She probably has a hearty laugh inside that I use them. Maybe she even laughs out loud. I can’t be sure because I am concentrating on the recipe.

She can walk up to our pantry, pull out a few things…go to the spice counter, pull out a bunch of those with names I can’t even pronounce…and then make a masterpiece. When we have leftovers from the stuff I make, those leftovers are the exact same thing if I am warming them up. But not the Hippy. She can take those leftovers and create something that is totally different. And probably better.

Not probably, it is.

That is calming for her. Being creative. Seeing me eat something that I made the night before without even realizing it’s the same thing.

It’s her own little party in the kitchen. Communicating, in a way, with all of the ingredients. Making sure they all are happy with each other. Being the cheerleader captain. She can think outside of the box.

If the chili is burned, she knows to add peanut butter. Who the hell came up with that one. Probably not an introvert.

She’s the same way in a party. She likes to talk to everyone, even if she doesn’t know them. She makes sure everyone is getting along. If she could, she would host a party at our house every day.

I would change the locks.

But she’s an extrovert.

I treat a party like I cook. I stick to what (who) I know. I don’t add things to the discussion that may cause friction. I lay everything out in my mind so I am prepared.

I rarely order anything different at a restaurant that I have been too. If it’s something I know I like, why take that risk?

I have to take enough risks at work, after work is my “no-risk environment.”

Sort of. I do have a 6 year old who keeps me on my toes 24/7. Especially since his social calendar is much more impressive than mine.

Anyway, I’m kind of proud of myself. Not only did I come up with a hilarious joke, but it’s a joke that actually ties into the diversity between introverts and extroverts.

What do you think?

The title says it all.

I have been blogging now for half a month. Expectations were that one or two people might read it. More than anything, it gave me an opportunity to act like I am a writer. To be honest, if I hadn’t found Tony James Slater’s books (www.adventurewithoutend.com) I probably wouldn’t have done this. Not only is he an awesome writer, but following his adventures got my mind racing.

Anyway, after half a month I decided to look at my stats for this month after I saw If the Crown Fits recent blog post. I was honestly blown away:

So THANK YOU all so much. I’m really at a loss of what else to say about seeing this, other than I suppose I might have to make sure I edit.

And if you are a reader, please check out Tony James Slater’s books on Amazon…or anywhere else you shop: 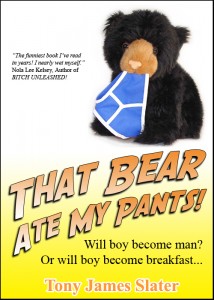 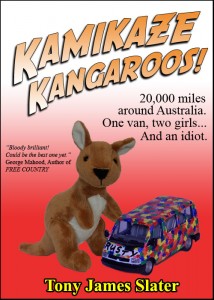 Carrots Don't Scream When You Boil Them

A blog for vegans, vegetarians, and meat-eaters alike!

Tales From An Introvert

The Life and Times of ME

A blog to feel not so alone

Add a pinch of bipolar

Join me on the roller coaster ride that is, bipolar disorder

i dare you to discover me.

finding my way home to me

my life - growing up and literary adventures

life as a wife

Two introverts just trying to get by in a world that expects extroversion from everyone.

saving the best for now

Be Inspired and Learn through Visual Stories

Stressrelief by rambling on.

“Contrariwise,' continued Tweedledee, 'if it was so, it might be; and if it were so, it would be; but as it isn't, it ain't. That's logic.” ― Lewis Carroll, Alice's Adventures in Wonderland & Through the Looking-Glass

A strange man once told me that writing was silly, but I should do it anyways. So I did.

Eight writers in four states and on three continents talking about what it takes to make a great story.

Life is short but the world is wide.

No, There's Nothing Wrong With Me. I'm Just an Introvert

tell your stories, love your life

A Girl With Something To Say

The ramblings of an inquisitive soul...

Random Musings of a Crazy Woman
Writing to Understand Life

Feelings of a Female Human

The world is indifferent to me, I stay different from the world.

Welcome to the Freight Train

lindztheging
Shining Through The Telescope

Pay attention. Be astonished. Tell about it.

Fat, Broke, but not Stupid!

I looked up one day found I was Fat and Broke! How in the world did this happen?!? Im not stupid!

Spreading Happiness, Fun and hopefully a little bit of Peace!!